Mark and Mya’s Adventure to Nelson

Nelson is city located in the Canadian province of British Columbia. It is in the region of the Selkirk Mountains on the extreme west arm of the Kootenay Lake. It is one of the smaller “Cities” in British Columbia with an approximate population of 10,000. Known as “Queen City” and acknowledged for its impressive collection of restored heritage buildings. It is a popular location for sports and recreation from skiing in the winter at Whitewater Ski Resort to a variety of summer and spring activities from climbing, hiking and mountain biking. We highlighted one of the most popular dogfriendly hiking trails below.

During Fall, we travelled to Nelson, British Columbia. We had the pleasure of staying at The Adventure Hotel in Nelson. It’s one of only a handful of hotels in Nelson, which are pet-friendly and is located fairly central downtown. Despite being situated downtown, the hotel also has it’s very own grill, tavern and cafe/bakery. 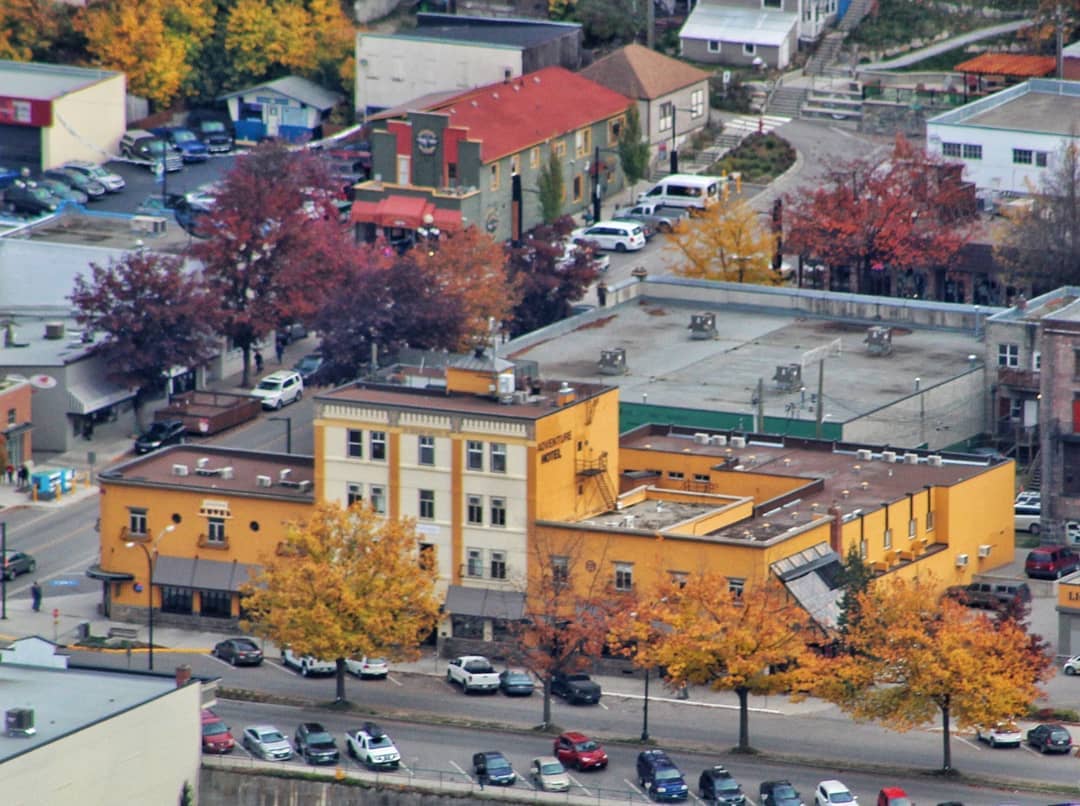 The rooms themselves aren’t large, but are modern and have everything you need, minus a kitchen. Fortunately, the hotel has a communal kitchen/lounge available if you’d like to cook instead of dining out. There is also a gym, sauna and a patio.
There is a $25 per night, per pet fee when staying with a pet, but upon your arrival, you will receive a pet-welcome pack which includes dog treats, waste bags, a leash and a pamphlet with local information for travelling with your pet. 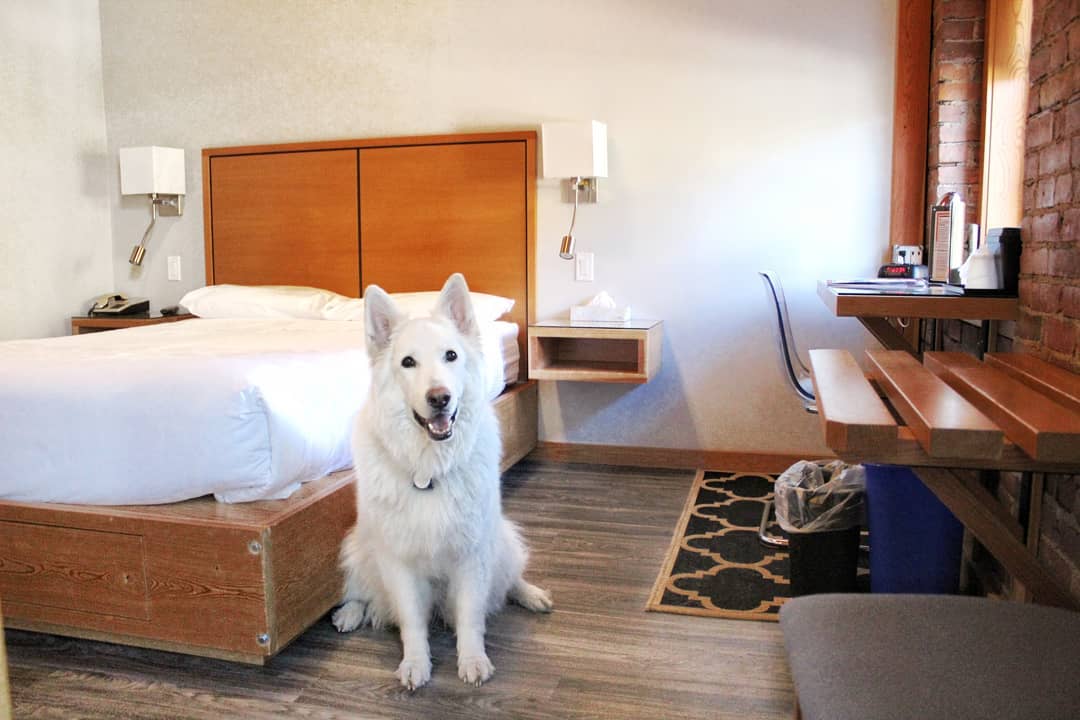 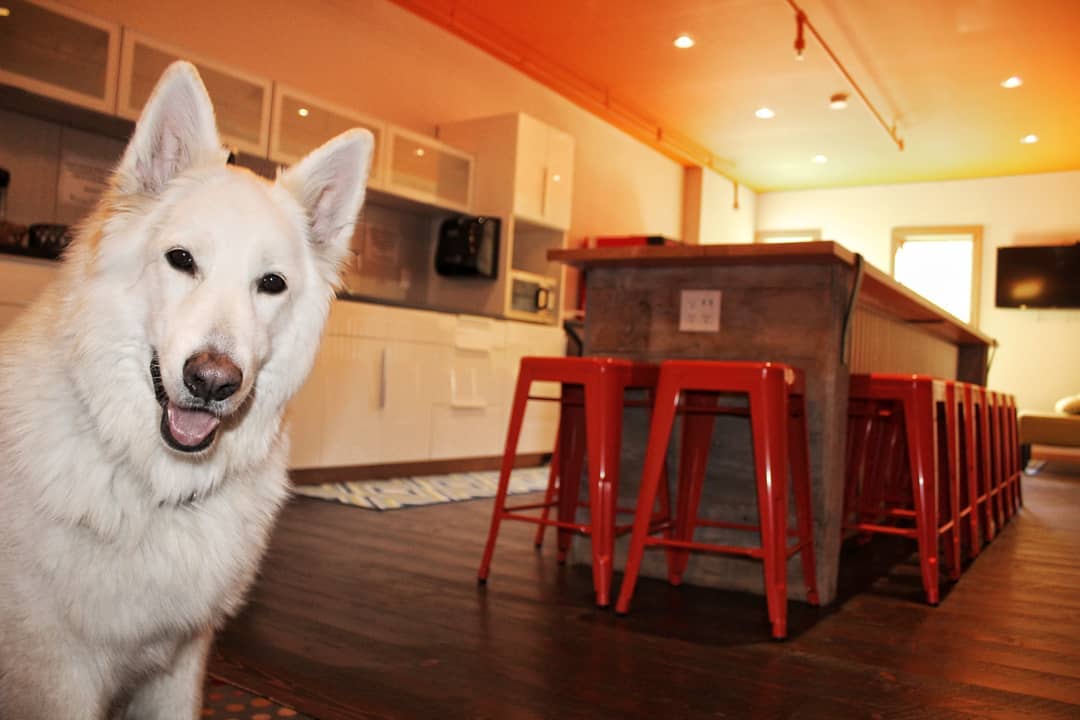 During our time in Nelson, we hiked to the top of Pulpit Rock & took in the great views of Nelson below. The hike took us about 45 minutes each way & will definitely get the heart rate going. It has a couple of different trails with a variety of difficulties, but the view from the top is worth it, you can even see The Adventure Hotel & it was nice to be able to finally enjoy some of the Fall colours. Despite Nelson still having a bit of a bad stigma for not being pet-friendly, things have changed & the trail is actually off leash, as long as you have effective control of your pup. I still recommend having a lead though as there are bears, cougars, coyotes & even squirrels in the area. There are also plenty of other activities to do in Nelson over Summer/Falls too. 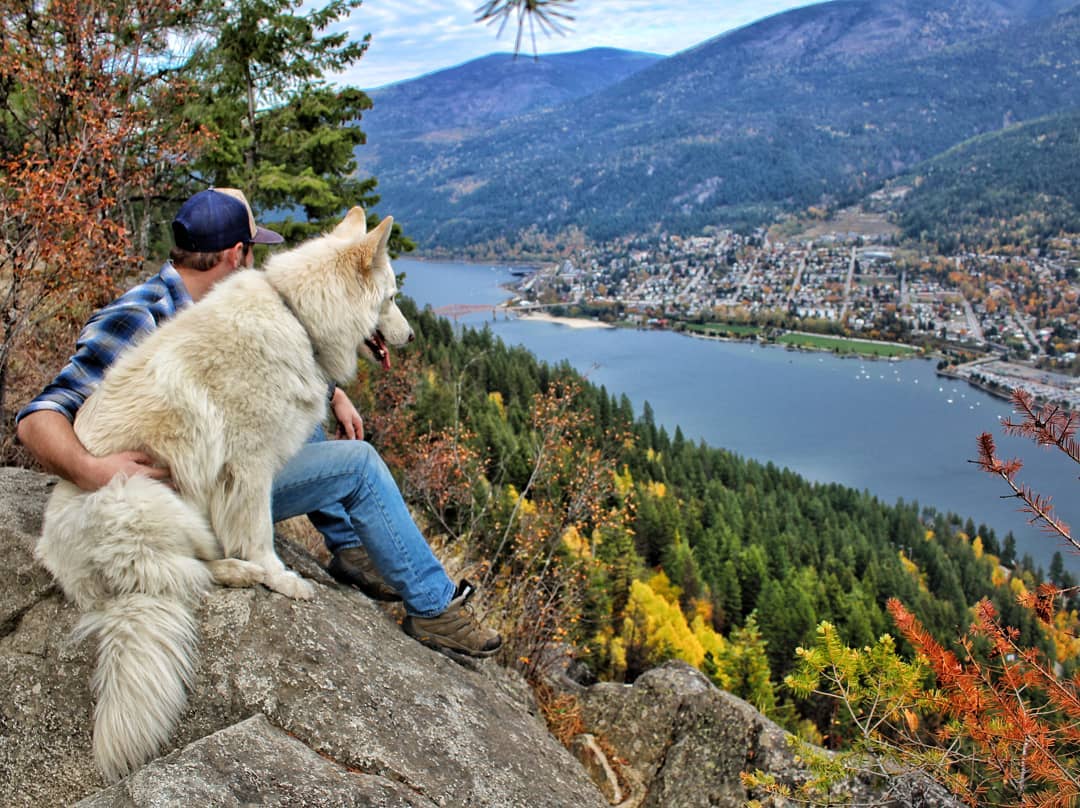 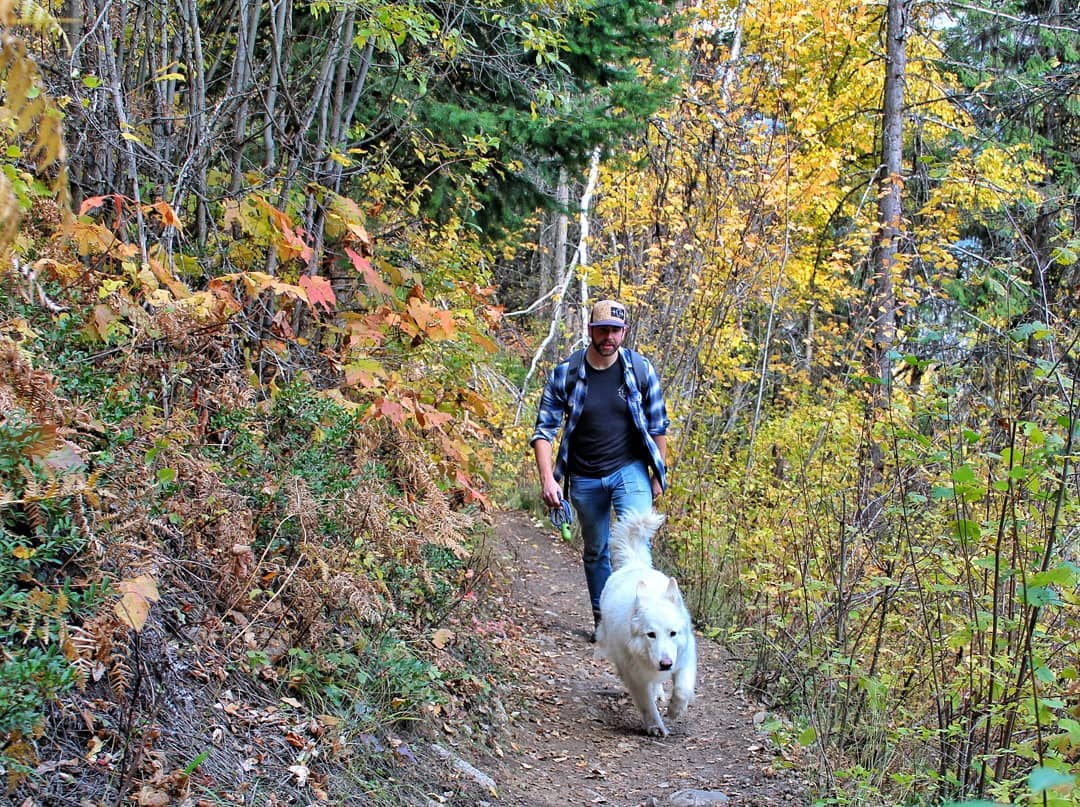 One thing that we check out every time we visit Nelson is Ainsworth Hot Springs. It’s located 45 minutes away from Nelson & is the only hot springs we have been to with a cave. After a day of fun, it’s the best way to relax. Unfortunately, dogs aren’t allowed, so you will have to leave your furry bud back in Nelson for a couple of hours, but it’s something not to be missed. 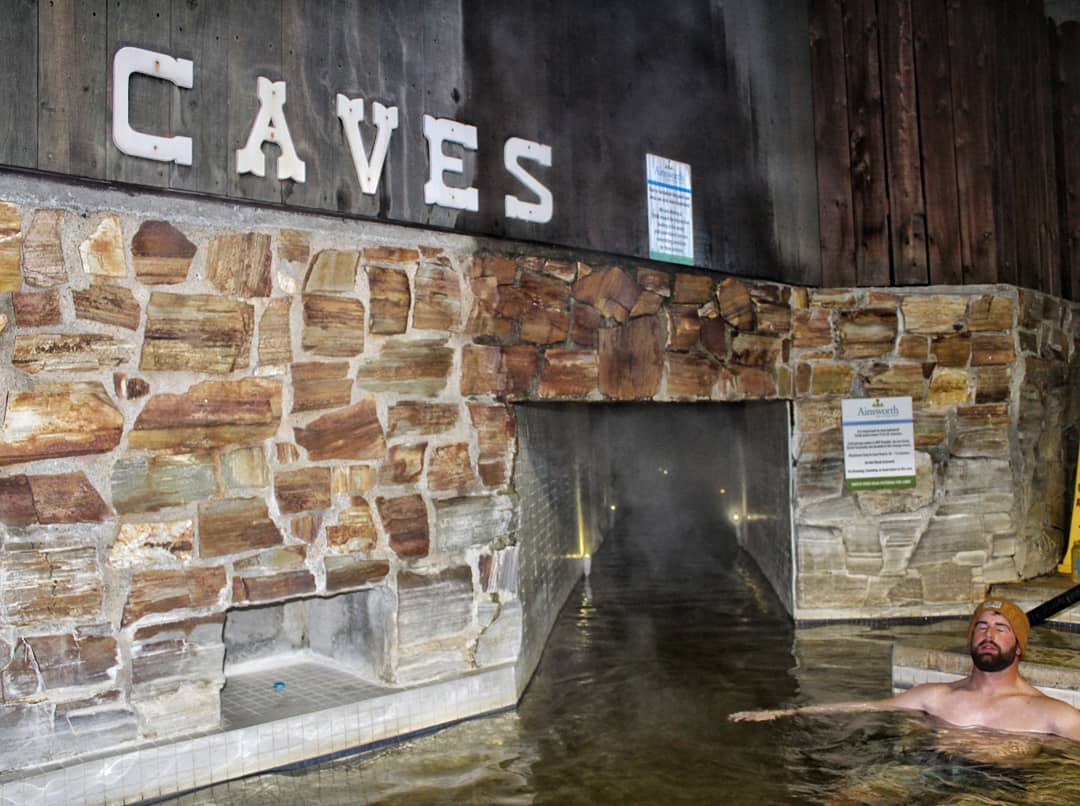 They have lots of Mountain Biking, Kayaking, Rafting, Zip Lines & even Paragliding (Unfortunately we got here that little bit to late in the season to enjoy them). Thank you, everyone, for making our visiting to Nelson so special, especially the Adventure Hotel.