Mark and Mya’s Adventure To Mexico

Being in San Diego & staying at the Sofia Hotel, we were only 20 minutes away from the Mexican / USA Boarder & I thought it would be the perfect opportunity to cross the border & tick off Mya’s fourth country. I found that it was very similar to crossing the Canadian / USA border. Your dog needs to be in good health, micro chipped, have all its vaccination certificates including rabies & an extra form completed by a vet (APHIS Form 7001 for a land crossing, I believe there is a different form for an air crossing). The form cost me $58 from one of the local vets in San Diego.

Actually crossing the border seemed simple enough, however this is where I came across my first issue that probably made me a little more cautious. I don’t speak Spanish and unlike Quebec, not everyone spoke English. Nonetheless, with a few smiles, some broken English and gesturing we made it work and got across the border.

Our first stop was central Tijuana and along the way we found a really steep hill that seemed to overlook a lot of the city. I didn’t want to stay too long as there were a lot of stray dogs in the area and I didn’t want to have any issues between them and Mya.

Next on the agenda was Revolution Avenue, known to locals as “La Revu”. Here I bought a sombrero & saw a heap of donkeys painted like Zebras which confused the hell out of me.. I’ve since been told it’s for tourist wanting to take photos of them. We had a short look around, but there was some sort of celebration going on & they were letting off crackers, which upset Mya. We then drove to north western corner of Mexico, where we went for a walk along the beach & ate some delicious Mexican seafood.

Everyone warned me about the lines crossing the border back into the USA from Mexico. I thought one or two hour wait would be okayto have had that experience, but it took me four hours to travel four miles. It was definitely an experience in itself. Whilst I understand Tijuana is not a reflection of the rest of Mexico it was a very interesting experience & opened my eyes more. 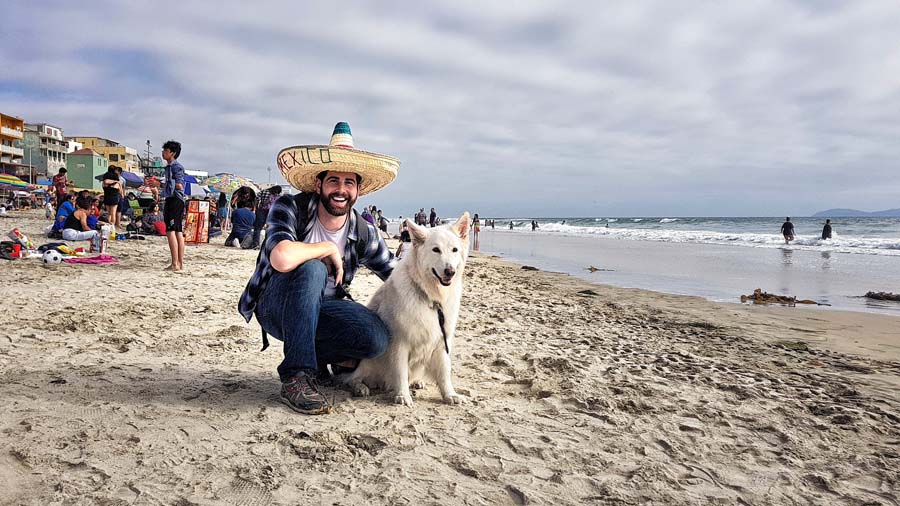