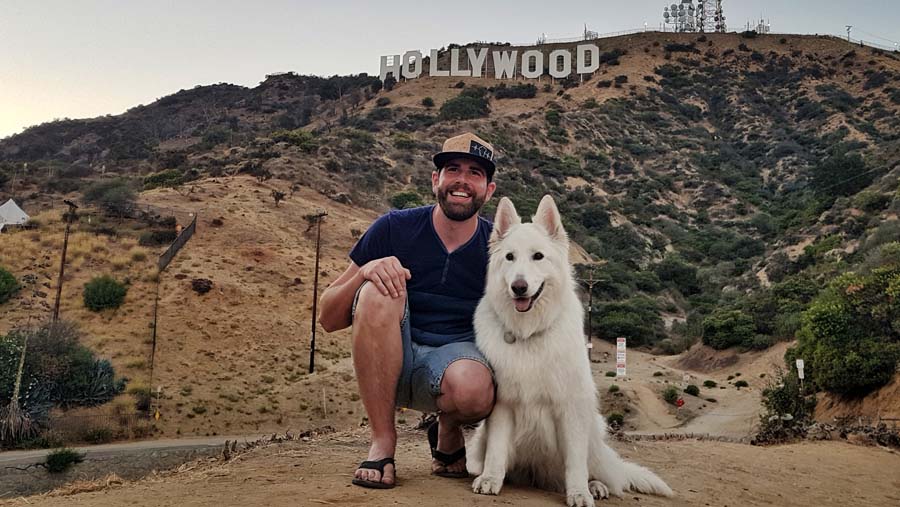 Let me tell you, looking for accommodation in LA isn’t easy, especially over summer. Whilst visiting Los Angeles we stayed at The Orlando Hotel, who at last minute offered to support us. It’s located at 8384 W 3rd St, Los Angeles, which is right in between Beverly Hills and West Hollywood and has a variety of shopping, lifestyle services and restaurants all within walking distance.

The Orlando Hotel is truly pet friendly. What I mean by that is some hotels say dogs are permitted, but then they are confined to your room. The Orlando is one of the hotels that we love, because they allowed Mya to join me all over, including in the fitness centre and pool area too. 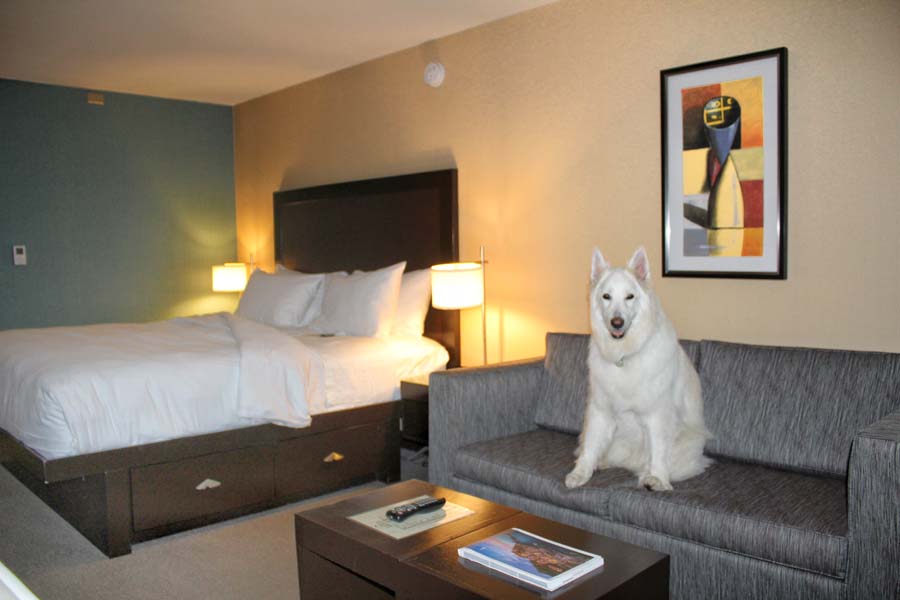 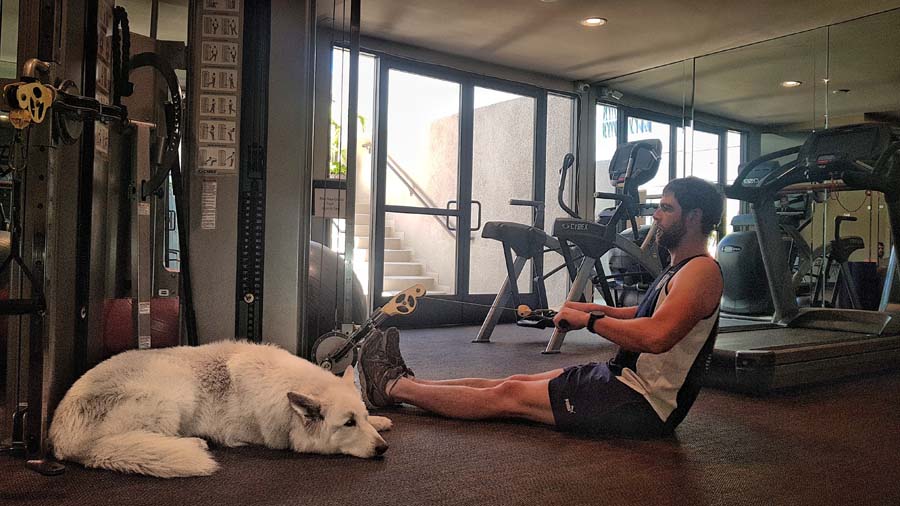 We are told that many women who visit the area, will hike Runyon Canyon (one of the better views of LA), then they will return to 3rd Street, where they book their pup in at Vanderpump Dogs for a spa treatment, whilst getting their own hair done at Dry Bar. Although it isn’t for me getting my hair blow waved, Mya could have used a groom. If you’re interested the Orlando Hotel is happy to organise all of this as a special package called ‘The Urban Spa Getaway For Pooch And You’. 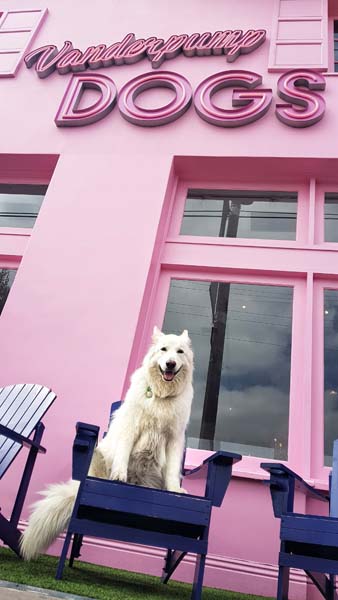 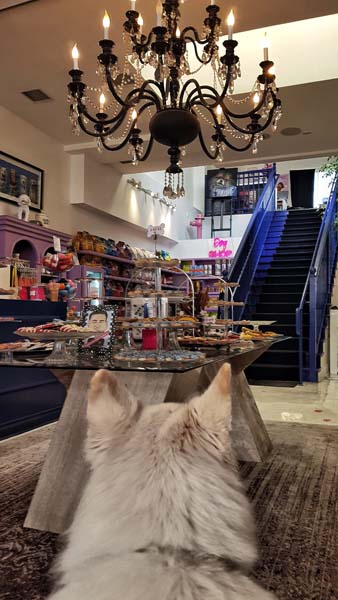 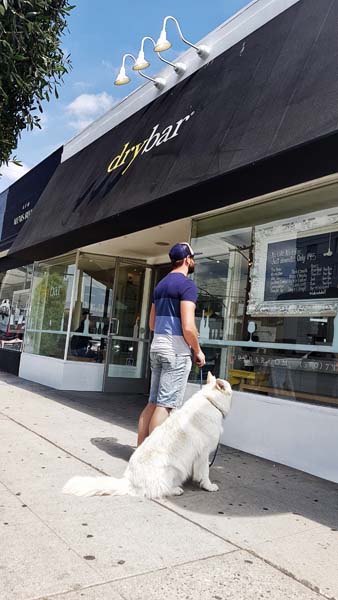 We didn’t eat out a lot whilst in Los Angeles, as we were doing our best to save money, however we did have a really nice meal at Café Roma. Café Roma is an Italian restaurant located at 350 N Canon Drive, Beverly Hills. It was great going there for dinner with a friend and meeting their family. We were able to dine in an undercover outdoor area that Mya was welcomed in. We also had recommendations for Via Alloro and Il Pasteo.

We spent our second day in Los Angelesdown at Rosie’s Dog Beach in Long Beach. The beach is off lead and the only restriction we could see was that each dog needed to have at least one person to supervise it (I think this was to avoid large dog walking groups). It was crazy busy, but that was to be expected being the Fourth of July. There is paid city parking at the beach.Whilst down there I wanted to check out the Kiteboarding schools based in Long Beach and give Mya a chance to run off leash.

Something I need to tell you about Mya. She used to love water & the beach, but when she was 6 months old, she was looking down an embankment into a river & the embankment gave way, she fell into the water head first. The embankment was pretty steep & she struggled to get back up, but eventually with some help she did. Ever since she hasn’t been a fan of being deeper than her belly. Especially when there are waves that crash & fluctuate the level of water. Sure enough with some coaching she will eventually go in & when it comes to kayaking or paddleboarding, as long as she’s with me she will tolerate it, but she still doesn’t like to have to swim. Because of all that, it made yesterday much more special. She really didn’t want to go near the water to start with, for a dog the waves crashing were pretty big, but after about 45 minutes of encouragement & playing with her ball, she started making it in. I was really proud of her, at certain points she was charging some of those waves to get the ball & for me that meant a lot. I tried being supportive & introduce her slowly, with me being there & also utilizing her ball to make it a fun game. 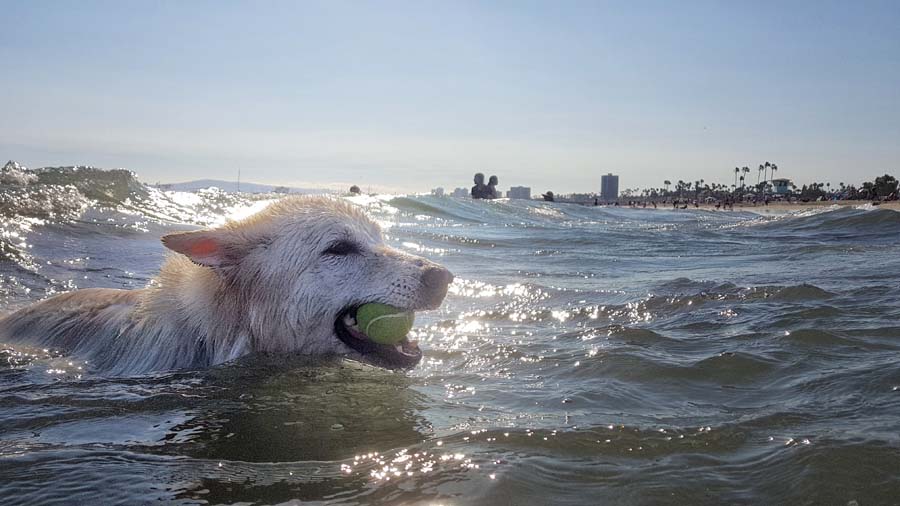 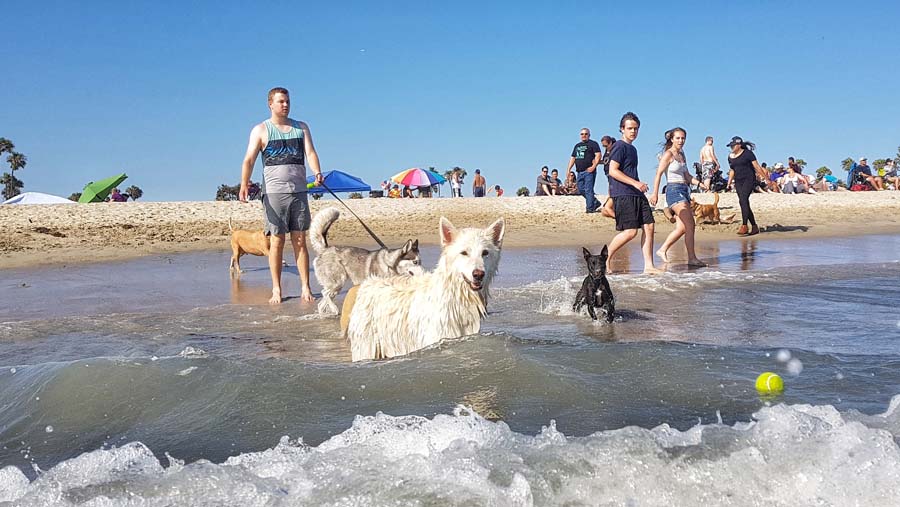 A trip to Los Angeles, just wouldn’t be complete without a visit to Disneyland. In case you didn’t know, Disneyland in California is the original park designed by Walt Disney, which is what makes it even more special. Most people know about the rides, Disney characters and parades at Disneyland, but many do not know that Disneyland California has it’s very own kennel club. It will cost you $20 for a day, which is quite reasonable and it’s conveniently located to the right of the park entrance. The staff members there aren’t allowed to do anything with the dogs other than change their water, so just remember you will need to come back and take your pup to the toilet and give them a bit of play time. The kennel is probably the smallest out of all the tourist attraction kennel that we have been, but I still love the fact that they offer this service and think it would be great if other major attractions offered the same.

For me it was great to be able to explore the original Disneyland, but as the weather was 105°F (40°C), I think Mya had the better deal in her air conditioned kennel, even if it wasn’t that big, as the hot weather was pretty intense and made for an interesting day. I am told Disneyland is open until midnight and in hindsight with the heat I’m thinking an evening experience might have been the better option. Just be sure to factor that Disneyland does have a fireworks show at 9pm so if this causes your pup issues, be sure to factor this into your planning. 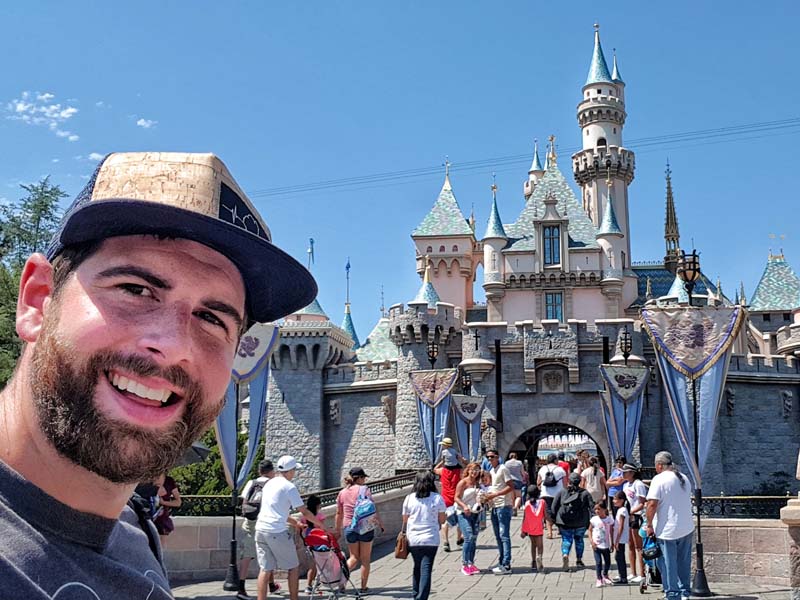 After we left Disneyland, we made our way to the Backstreet Brewery in Anaheim for our Los Angeles Meet and Greet, where we met some really nice locals and had a great time exchanging stories. The brewery is really dog friendly and is a great place to grab a dink with friends. I’m really glad we got to meet everyone who came and can’t thank you enough for our little California gift pack, it was such a nice gesture. 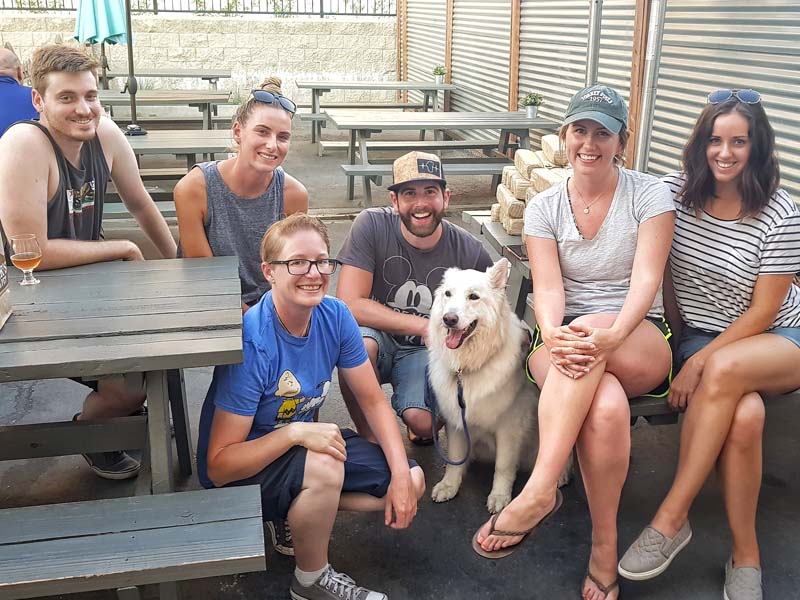